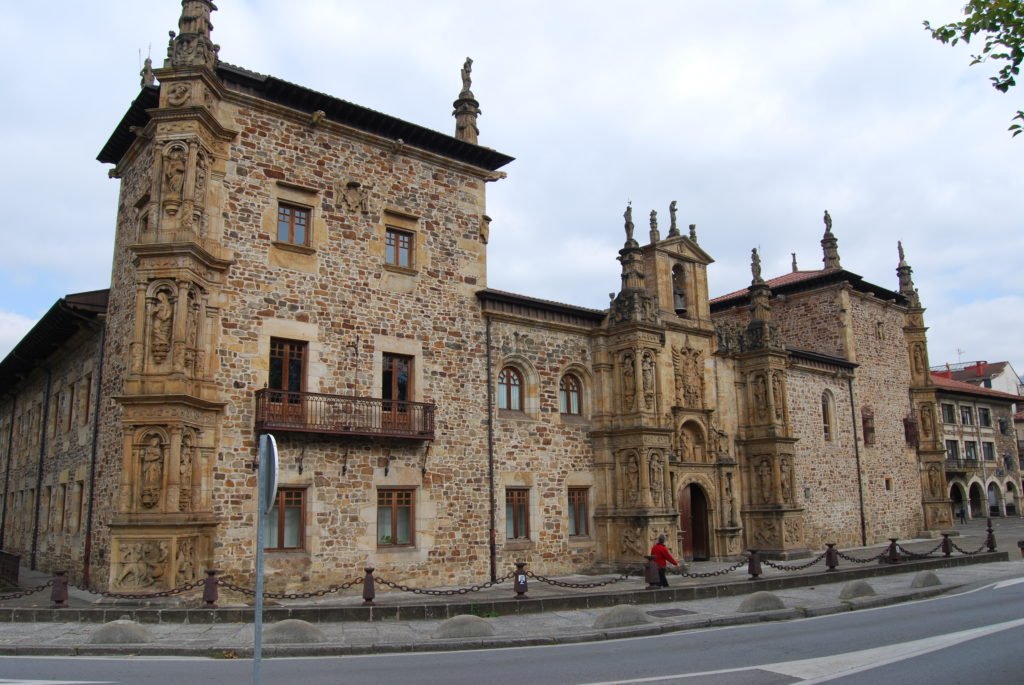 Beyond San Sebastian, towards the south / south west, the province of Gipuzkoa expands, mountainous, green, with its cities  settled in the valleys of its main rivers. Its main road, the one that connects the
French border through Irún and leaves souther towards Alava, has historically been the main link between Europe and the rest of Spain through what is today, to a large extent, the national road N-I.
Villages that mark out this giving relays to travellers  are Oiartzun, Hernani, Tolosa, Beasain and Zegama.

In Zegama  the via real began to rise to cross the Aitzgorri massif through the San Adrián tunnel – 1000 meters above sea level – and head towards the plain of Alava to continued the trip  to Madrid.
This way during centuries through the San Adrián tunnel, , emperors (Carlos V, Napoleon) and kings had to bend down in order to  be able to pass  until the Léniz road was opened in the early 19th century.

Another of the areas of astonishing landscapes  and historical interest in Gipuzkoa is that of the upper Deba river with the monumental villages  of Oñati (university site since the mid-sixteenth century),
Bergara (great palatial heritage from the sixteenth and seventeenth centuries) and Mondragón. From this area some of the most illustrious secretaries and high officials of the kings of the Austrian house
(Philip II, III and IV) originated, who built their palaces on the sites where they were from.

For the central part of the Gipuzkoan territory we also have a great historical and monumental content in places like Loyola with its sanctuary and basilica, a monumental and religious complex built around the
birthplace of Ignacio de Loyola, founder of the Society of Jesus, and the monumental villas of Azpeitia and Azcoitia.