The three charming towns in The Basque French land 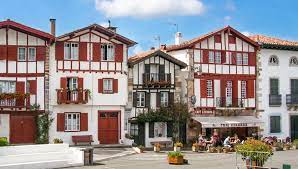 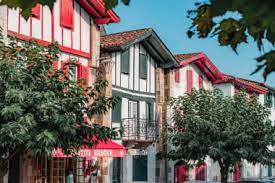 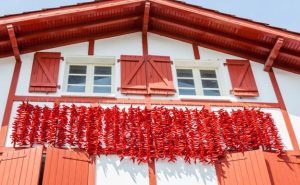 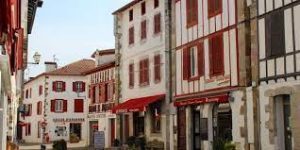 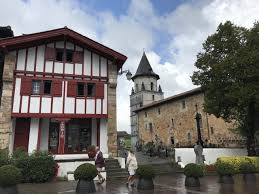 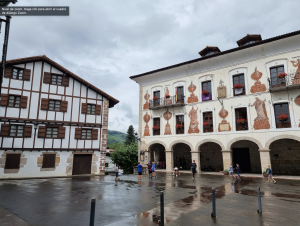 The southwest of France together with the Spanish north covers an extension that includes the Basque lands on its Spanish and French sides. From the luxury and elegance of coastal cities such as San Sebastián and Biarritz, with a lifestyle typical of the “Belle Epoque”, to inland areas, where picturesque villages stand out over the green and spectacular landscapes. It is difficult to determine what is most exciting about this journey that extend from the Cantabrian Sea to the central Pyrenees, the heart of cattle life in the interior of the Basque Country. It is that magical mix in a context of simplicity and calm with the glamor and cosmopolitan splendor of San Sebastián and Biarritz. Perhaps it is the art of gastronomy in the area together with carefully selected accommodation and restaurants in the most celebrated perfect holidays  in the Basque geography? It is, of course, all of these things at once: the ultimate combination of opulence, natural beauty and adventure culminating in the perfect cycling holiday, but taking it easy and enjoying every nook and cranny.

The perfect route proposal that we will carry out starts from San Sebastián. Through its bike lanes (Bide gorri in Basque) we cross the city and its different neighborhoods until we leave it. We have the first great incentive of the day when we cross the rivery by boat between the both maritime towns ,from San Pedro to San Juan, being in this charming and old fishing village where we will find ourselves as in a medieval novel walking through cobbled streets. We will take strength in a local tavern to undertake the challenge of ascending Mount Jaizkibel. After the initial hardness of the first ramps, it will be compensated with spectacular views over the Bay of Biscay or the Cantabrian Sea, an corner at the eastern end of the Atlantic Ocean. The next delicacy will be a visit to what is considered one of the most beautiful towns in the Basque Country: Hondarribia or Fuenterrabia.

Do you feel like some excellent pintxos to eat? We walk along the street “Marina” where we will find local people living with foreigners in a continuous flow of customers entering and leaving the excellent bars with  bars full of pintxos ( miniature food) : A good glass of wine and an excellent pintxo to eat it on the outdoor terraces.

The best recommendation we can make is to stay overnight in this fishing village, after foraying through the French Basque Country. The charming and excellent restaurants with the aroma of grilled fish, the refined restaurants with select and excellent pintxos made from excellent raw materials, are more than convincing arguments for enjoying a unique gastronomic night before crossing to the other side of the Bidasoa river.

A great incentive is to cross by boat from Spain to France through the border river that name  the Bidasoa region. Approaching the pier with our bicycles and taking the boat that will take us to the French town of Hendaye. Summer place par excellence where wealthy French citizens reside in the summer months. We disembark and travel along the French Basque coast along the “La corniche” road that meanders in gentle undulations of the terrain until we reach the town of Saint Jean de Luz, one of the places on the French coast with the most character and personality of the Basque Country. Reflection of a simple, colorful and elegant architecture. The great bay  with its huge and calm beach, as well as a pleasant walk along the commercial Rue Gambette are reasons to enjoy for a couple of hours.

At the northern end of the bay of San Juan de Luz we find a spectacular route along the sea. We take the Eurovelo, an international network of long-distance bicycle routes, which runs in parallel along the rugged French Basque coast, crossing Bidart, Biarritz, Anglet, Guetary until reaching Bayonne. A quick visit to the town of Bidart and we continue along this quiet route with a great atmosphere in the summer. We arrive at the elegant Biarritz, emblem of luxury and glamor with worldwide recognition. Once we leave the aristocratic city heading north, we find ourselves located on a hill from where we have an unbeatable view of the beaches, with spectacular waves ridden by surfers. In this exceptional environment we continue the route until we reach the mouth of the Adour River, to finally reach the city of Bayonne.

Bayonne is the capital of the French Basque Country. This great city, located in the Iparralde region, has an incredible appeal. The Adour river is the backbone of the urban configuration of the city. The old area with its simple and popular Basque-style houses contrasts with the area outside the walls, where we find a certain urban similarity with the city of Paris. Getting lost in the old part discovering the Gothic Cathedral, built on a previous Romantic one, the great atmosphere of its narrow streets and making a stop at a pastry shop (Patisserie) are proposals to take into account on our visit to Bayonne.

But where we will go the panorama will be completely different. More mountainous, lonelier, quieter, and although it may seem surprising, much greener. And best of all, we had never heard of many of the places we were about to visit in our lives.

The route through the inland towns of the French Basque Country, using the bicycle as a sustainable means of transport, will take us along unique paths where only bicycles and hikers come together, such as the Bayonne path inland, which runs parallel to the Nive River (tributary of the Adour) and reaches the town of Uztarritz. From this town  the displacements will be the local roads, at all times they are narrow and sometimes very frequented by the inhabitants of the area.

Espelette is a picturesque inland town in the province of Labort, known for its dried red peppers, the Piment d’Espelette. It is a pleasure to walk through its streets with houses built with the typical Basque medieval architecture. Everything is permeated by colorful red and that is the image of the town. The beautiful houses with the peppers hanging from their facades and balconies. Espelette is full of shops and boutiques selling all kinds of pepper-related products; from the logical condiment for cooking, jewelry items, to fashion clothing designed with the color red.

This cozy town is located just 8 kilometers from Espelette. These charming towns are simple and sober in their urbanism. With only one street you can see the most authentic representation of traditional Basque architecture. On both sides of the main street there are large houses with gabled roofs that are supported by frameworks or large wooden beams that are brightly colored in red or green, or some also in blue. For some good reason, this small  town in the interior of the French Basque area has been declared on the list of Plus Beaux Villages de France, which is not a small thing to say, being in an entire nation with an impressive cultural artistic heritage.

Before crossing the Pyrenean mountains and landing in the Spanish province of Navarra, we will visit Sare (Sara in Basque) also located only 8 kilometers from Ainhoa. For a long time it was the capital of smuggling due to its proximity to the Spanish border. In other historical times it belonged to the kingdom of Navarra, which is why it currently maintains unmistakable features of the Basque-Navarrese character.

Sare or Sara, also brings together the best of Basque rural architecture from the 16th and 17th centuries, but compared to the previous towns, it treasures a church like Saint-Martin, which is entered through the cemetery and has one of the most interesting interiors. extraordinary as far as religious temples of the French Basque Country are concerned.

Before reaching our final destination, one last Navarrese town to visit; Bera de Bidasoa. Although it has nothing to do with French towns, the stately bearing of its mansions is noteworthy. Manor houses made of ashlar stone with elegant heraldic shields adorn their facades. Some inhabited by illustrious families, such as the Itxea de los Baroja house. The singular Town Hall, with polychrome wall paintings with allegorical drawings made on its façade by the illustrious Pio Baroja.

We will continue our return route through the Bidasoa Green Route that connects the town of Bera with the border city of Irún. It will be a gentle and relaxing return along this exclusive bicycle path, maintaining the current direction of the Bidasoa River at all times. From this region of Bidasoa we will finally arrive at the starting point of our route; Saint Sebastian.